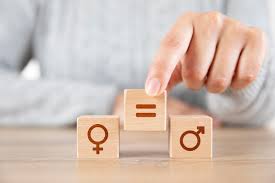 Motion - Establishment of a Joint Sessional Gender and Equality Committee

You can listen to my speech explaining the establishment of a Joint Sessional Gender and Equality Committee here:

A transcript of the speech is also available by clicking on the link below.

That a Joint Sessional Gender and Equality Committee be appointed with power to send for persons and papers, with leave to sit during any adjournment of either House and with leave to adjourn from place to place to inquire into and report upon -

(2) That notice of any own motion inquiry shall be reported to both Houses within two (2) sitting days of the Committee’s Resolution; and (26)

(3) That the number of Members to serve on the said Committee on the part of the Legislative Council be four. 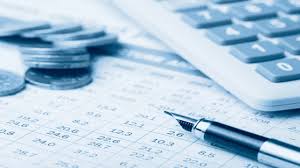 Ms FORREST (Murchison) - Mr President, unfortunately I have been unable to deliver my response to the Premier's state of the state Address until now.  What I have to say is still very relevant but this also gives me the opportunity and the chance to wish the two members of this Chamber who are facing an election in two days time all the very best with that election.

I know it is a stressful time.  It is good for democracy to have elections but it does not take away a fairly serious level of stress from members who are doing their work in this place as well as trying to engage with their communities and encourage their support.  I wish them all the best and we will probably see you back here in no time at all.  We will hardly notice anyone is missing. 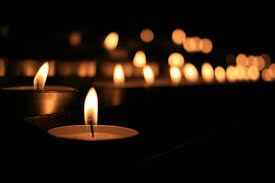 Ms FORREST (Murchison) - Mr President, I acknowledge the very sincere contributions made before me.

In speaking to this motion, I express my deep sadness and offer my heartfelt condolences to the families of the six precious children whose lives were lost following the incident that took place at Hillcrest Primary School on 16 December 2021.

I note words can seem totally inadequate to express the enormity of the loss experienced by the families, friends, school and broader community on that tragic day. These six children, still at the beginning of life's journey, Peter Dodt, Chace Harrison, Jalailah Jones, Zane Mellor, Jye Sheehan and Addison Stewart were taken too soon from their loved ones. They will always remain a special part of the Hillcrest and north-west community. I also acknowledge the children who were significantly injured during the incident as well, including Declean Brown and Beau Medcraft and wish them a speedy recovery from what has been a devastating ordeal and a difficult time for them and their families. 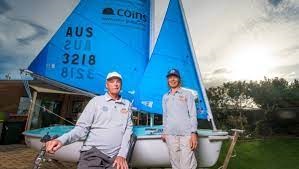 Ms FORREST (Murchison) - I move that the Legislative Council notes -

(1) The achievement of Wynyard Yacht Club members Chris Symonds and his support worker Ela Klinger who will be travelling to Palermo, Sicily, to participate in the Hansa Para World Championships scheduled for 2-9 October 2021;

Has been living with Kennedy’s Disease, a rare neuromuscular disorder, for a number of years and is an NDIS participant;

(b) started sailing in the Hansa 303 class in 2014, competing nationally and internationally; and 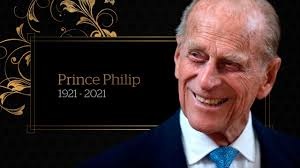 Madam DEPUTY PRESIDENT - His Royal Highness the Prince Philip, Duke of Edinburgh was born on 10 June 1921 on the Greek Island of Corfu. He passed away on 9 April 2021 at Windsor Castle aged 99, just two months shy of his 100th birthday.

Prince Philip joined the Royal Navy when he was 17 and went on to serve in the Second World War. Prince Philip married the then Princess Elizabeth in 1947 and is the longest serving Royal Consort in British history.

Her Majesty The Queen and Prince Philip had four children. Anne, Charles, Andrew and Edward. They have 8 grandchildren and 10 great grandchildren. 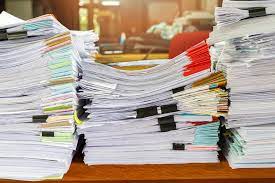 MOTION - Consideration and Noting - Report on production of documents

That the Legislative Council Select Committee report on production of documents be considered and noted.

In speaking to this motion of noting this report I know the work on this committee was done some time ago but the information is still current and relevant. It was interrupted in its reporting and subsequent tabling by COVID-19. Of course, matters related to COVID-19 matters took priority. 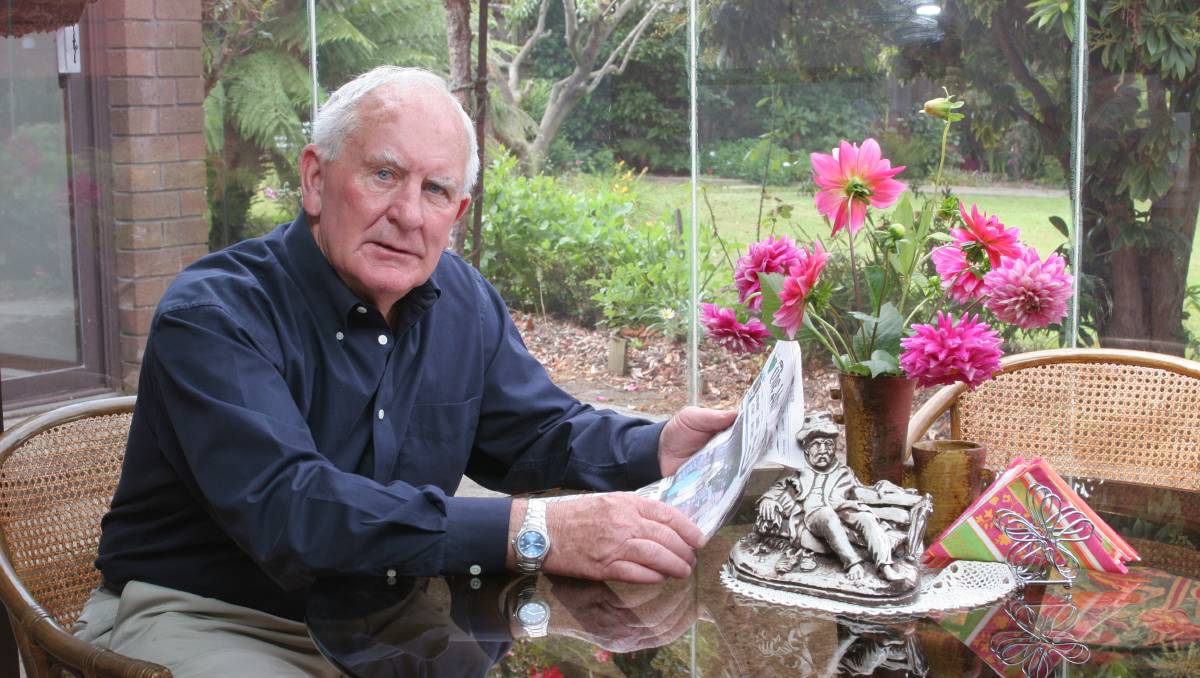 That this Council expresses its profound regret at the death, on 27 August 2020, of Anthony William Fletcher, who served on the Legislative Council as a member from 1981, in the electorate known as Russell, and from 1999 to 2005 in the electorate of Murchison, and served as Leader for the Government in the Legislative Council from 1986 to 1989, and again from 1996 to 1998, and places on record sincere appreciation for his great service to this state.

Further, the Council humbly and respectfully tenders to his family its deepest sympathy in their bereavement. 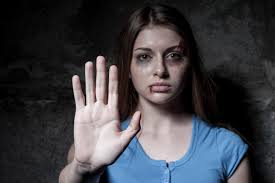 That the Legislative Council notes -

(1) Family violence is evidenced by any of the following types of conduct committed by a person, directly or indirectly against that person's spouse or partner: 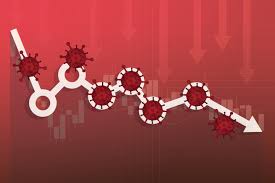 With regard to the COVID-19 pandemic and its impact on Tasmania, the Legislative Council acknowledges: -

(1) The significant economic impact on the State;
(2) The need for a non-partisan, inclusive approach to economic recovery in the State;
(3) The opportunity to re-think how the State budget and economy is managed and prioritised in the future; and
(4) The need to initiate a review of fiscal sustainability, to prioritise future spending and establish a funding plan to manage the State’s finances into the future. 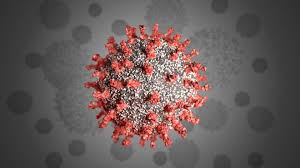 MOTION COVID-19 - Impact on Tasmania and the Lives of Tasmanians

That with regard to the COVID-19 pandemic and its impact on Tasmania, the Legislative Council acknowledges -

(1) The COVID-19 pandemic has significantly impacted the people of Tasmania with many losing their jobs and curtailed the personal freedoms of all;

(2) The Government’s response has reduced the spread and impact of the virus;

(3) The death of 13 Tasmanians and offers our sincere condolences to the families and friends of these Tasmanians; and 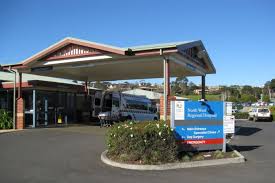 That the Legislative Council supports the establishment of a comprehensive inquiry conducted by suitably qualified and independent experts into the contributing factors which led to the recent COVID-19 outbreak in North West Tasmania.

Mr President, this will a fairly brief contribution for a number of factors, one of which is the lateness of the hour, but also the fact I was tuned in to question time in the other place this morning and Mr Tucker asked a Dorothy Dixer. I am surprised the member for Braddon, Mrs Rylah, was not given the opportunity to ask for an update on the progress with this independent inquiry.

My response to the following motion:

Noting the significant impact of the COVID 19 pandemic on the lives of Tasmanians, and given the emergency response by the Tasmanian Government including Coronavirus related expenditure, legislative and public policy developments, that a Joint Select Committee be appointed with power to send for persons and papers, with leave to sit during any adjournment of either House, with leave to adjourn from place to place and with leave to report from time to time to inquire into and report upon - 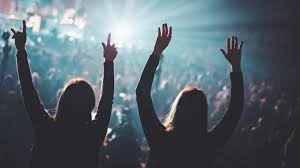 (b)   the thorough and evidence-based approach taken to inform the Report; and

(c)   the Report's Recommendation 1, to the NSW Department of Premier and Cabinet, recommending the introduction of a front of house medically supervised pill testing/drug checking pilot for the summer of 2019-20. 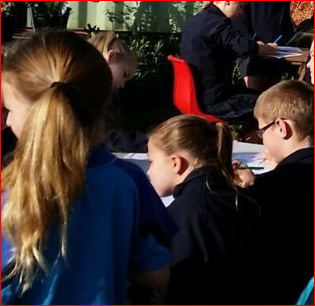 Ms FORREST  - Mr President, I thank the member for Elwick for bringing this motion forward.  It is a really important topic.  I have had a number of representations from my constituents on this matter, not just since the report was tabled but beforehand as well.  I will be reflecting particularly on that feedback.  The member for Elwick has gone through a lot of the Tasmanian background to this.  I will come back to some of those points.

I note it is very difficult for public servants to speak out publicly regarding their concerns on government policy so I believe the comments I make here reflect only the very tip of the iceberg.  There are many more teachers and principals in Tasmania who share similar views and concerns as those I will raise. 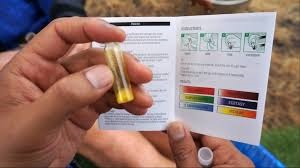 That, in order to minimise the harms associated with drug use at Tasmanian festivals and events, this House -

(1)     Acknowledges that pill testing is a health-related matter;

(2)     Acknowledges that pill testing is an evidence-based health service that reduces the risk of illicit drug harm at music festivals and events; 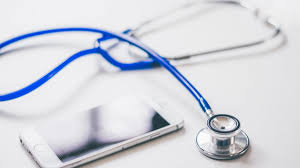 Ms FORREST - Mr President, I will speak only briefly on this report.  As the member for Hobart said, the report speaks for itself and I encourage members to read it.  It contains a great deal of very relevant information.  I will speak to a few aspects of it. 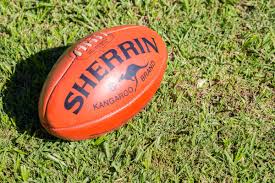 Ms  FORREST  (Murchison) - Mr President, I reiterate the comments made by the member for Mersey.

When I read this motion initially, I felt the clear question is:  who is this trying to influence?  The Government has clearly said it would back a Tasmanian team.  The Opposition has said that.  The AFL has made it really clear what its views are, and I do not think a rocket is going to change them.  The member for Windermere's contribution on this issue was really emotive and has much value in getting these points across and identifying the challenges, the issues and the fact that so many people back it, which we all know.

Ms  FORREST  (Murchison) - Mr President, I am happy to speak on this issue.  I am not going to reflect on what the Government Administration A subcommittee is looking at in its inquiry.  It will report in due course.  A few things being talked about in the public arena do need comment, particularly with my background in the health field as a nurse and midwife.  This is not reflecting on the work of the committee; this is reflecting on public comments I have made in other places and information already in the public arena. 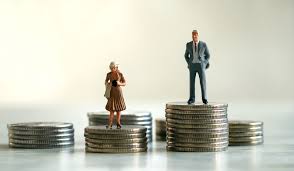 That this House notes:

(1)     The gender pay gap remains as a major impediment to gender equality.

(2)     The gender pay gap negatively impacts on the wellbeing of women, particularly the financial and social wellbeing, from the commencement of employment to well beyond retirement.

Ms  FORREST  ( Murchison ) - Mr President, we have spoken a couple of times already about the honourable Dr Vanessa Goodwin in this place.  It is a tragic story.  I will call her Vanessa from hereon.  She was quite an incredible woman, who was a trailblazer in many respects.  She often went about her business in a very quiet way and achieved much more in her work than many of us would know, particularly in the reform of the prison services and the work she did with the Mary Hutchinson Women's Prison.  It is great to see that being progressed.  Unfortunately, as other members have noted, she is not here to see it.