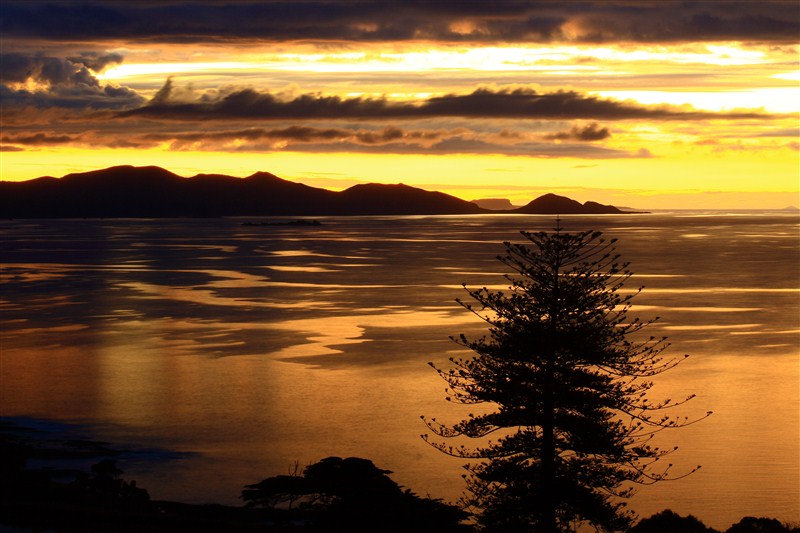 The meandering local government reform process is in urgent need of direction. There is a consensus that something needs to be done but what exactly are we trying to achieve?

Whatever it is, it is incumbent on the government to show the way, to lay down some guidelines. These guidelines must be consistent with the Government's views on the reform of federation as this includes all three tiers of government.

The Premier in his State of the State address to Parliament in February gave the most expansive account to date of his views on changes to federalism.

He simply said he would be looking after Tasmania’s interests and would be adopting a ‘no worse off’ benchmark in securing the best deal for Tasmania.

Will the same benchmark approach be adopted for reform of local government?

When local government reform is discussed it is usually in the context of reducing the number of councils and councillors. The prospect of lower rates is thrown in as a sweetener.

The imperative of any reform process is to ensure that the starting point is not how many councils we want. Reform must first consider what local government does or should do, why these are the right actions and how these actions could or will be undertaken.

It’s similar to the public service. Reforming what is done should come first. Simply downsizing the numbers, rather than rearranging the services and how they’re delivered is the wrong starting point.

Brian Dollery noted in an opinion piece published in the Mercury, 4 March 2015 that greater collaboration can be achieved at a cheaper cost without council amalgamations.

Shared services are the key and most Tasmanian councils are moving in this direction. At this stage the government appears to be just an observer.

It’s time to stop kidding ourselves that reform without losers is possible in today’s budget constrained world.

The State currently looks after $9.3 billion in net assets. Councils with a combined balance sheet of $8.7 billion of net assets are not the poor cousins

Neither the general government nor the councils themselves have much debt (excluding the government’s unfunded superannuation liability). Most State government debt has been loaded onto the electricity entities, about $2.4 billion in total, whereas in the case of councils most of their debt is with their subsidiary company, Tas Water, about $350 million worth.  Payments to government are draining most of the surplus cash from the electricity entities. The situation is no better with Tas Water. In 2013/14 it had to borrow to pay dividends to councils, not a sustainable situation. Infrastructure entities, as a rule, need to retain some or all earnings to help fund capex on a sustainable basis.

Councils’ revenue is only about 15% that of the state government but about 75% was from its own sources, mainly rates but other fees and charges as well. The State government on the other hand only raised about 35% of its needs, just over half of that from State taxes.

In 2013/14 councils raised a total of $425 million in rate revenue. Using the same tax base, the state government’s land tax raised only $86 million, about one fifth of what councils raised in rates probably attracting five times as many complaints.

Councils are better at raising their own revenue.

Arguably infrastructure spending needs more coordination and collaboration between all the parties involved. Currently it is split between a state government, 29 councils and about 10 infrastructure businesses. Whilst the latter may provide a framework to conduct electricity, water and port activities in a businesslike manner it comes at a risk of loss of transparency and accountability and a lack of coordination, the very thing that a shared service model in part addresses.

The government has put in place a Coordinator General to help marshal economic growth. Arguably we need greater coordination in the infrastructure area where so many bodies collectively spend $1 billion every year on capex.

Coordination of infrastructure needs to be front and centre in any reform of federalism.

How infrastructure is funded is the next crucial question.

To contemplate reform of local government without first ironing out problems on the revenue side would be foolhardy.

Only the wishful self interested contemplate life without robust fair taxes on land. Changes in federalism are likely to lead to states having to rely more on the one area of taxation allocated to them which can be used to levy efficient and equitable taxes.

For a small state we can easily lead the way in having one tax using this tax base and demonstrate the hallmarks of a fair, equitable, sustainable and simple taxation system where the unfair, inequitable, unsustainable and complex taxes are done away with.  To the extent that land values rise if nearby infrastructure is undertaken, most people will not object to paying slightly higher rates as a result.

Whether it’s a headworks charge in a new subdivision, a new highway or school, if private land values increase then it is only reasonable that governments claw back a small amount every year.  Coordinate infrastructure across the board and sort out the use of land as a tax base with one tax each year. Any structural reform of local government will then become so much easier. Certainly amalgamations if deemed necessary will be less painful and costly.

The reform of federalism, particularly at the local level is essentially a non-partisan issue. But no party is willing to stick their necks out too far lest their electoral support is undermined.

It is time for a coherent vision, a clear direction and strong leadership.

It is a misconception to consider local government as small and hence not relevant. Collectively this third arm of government is similar in size to the state in a range of areas.

It is also a cop out for the state government to pretend that reform of local government can be done in isolation.

We need an open transparent non-partisan group to canvass the issues and discuss with all involved. We are a small state and it should be easier to be the most efficient. If 500,000 people can’t collectively solve local government reform nothing will ever be fixed.